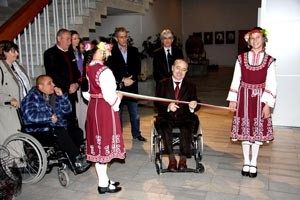 Pazardzhik History Museum won a 49 711 BGN project financed by the Agency for People with Disabilities. The contract between the two parties has been signed on 21 June 2010. The participation procedure has been opened in March and the projects had to be related with activities under the topic of Provision of Accessible Environment through Inclusion of Cultural, Historical and Sport Sites of International, National and Regional Importance. Pazardzhik History Museum presented a project under the title Provision of Accessible Environment for People with Disabilities in the Building of Pazardzhik History Museum and Stanislav Dospevski Art Gallery that has been highly marked by the commission and ranked third among all 37 competing applications. The project has two separate stages: dissembling of old entrance gate panelling and assembling new one that facilities access of people with disabilities and purchase and installation of open platform lift produced by Cibes Lift Group Sweden with lifting capacity of 400 kg that can be used by one person in wheelchair and one assistant. 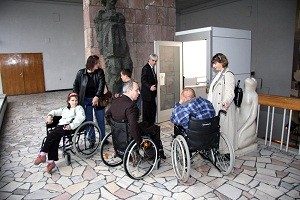 The project has been successfully completed.