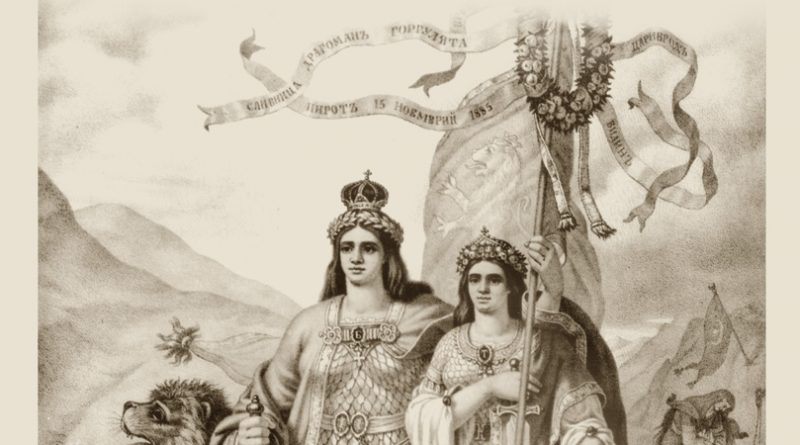 On 4 September 2015 at 17:00 in the Exhibition hall of Pazardzhik History Museum (15 K.Velichkov square) opens the exhibition The Role of Pazardzhik in Bulgarian Unification commemorating 130 years from one of the most important events in the history of the Third Bulgarian State – the Unification of the Principality of Bulgaria and Eastern Rumelia announced in Plovdiv on 6 September 1885.
Pazardzhik citizens actively participated in the struggles against the Berlin Treaty decisions and the town quickly became on the centres of organized unification activities. A strong group of public leaders was formed with figures such as Konstantin Velichkov, Georgi Tilev, the brothers Georgi and Stefan Konsulov, Yakov Matakiev, Ivan Voyvodov, Ivan Sokolov, Oton Ivanov, the brothers Anton and Todor Mumdzhiev, Todor Kirov and Petar Zografski who supported in every possible way the legalization of the unity.
Pazardzhik citizens also participate in the Serbo-Bulgarian War that followed as part of 3rd Tatarpazardzhik Battalion from the Eastern Rumelia Militia.
The exhibition shows 10 tableaus that tell the story of the unionist movement through photos and digital copies of documents (most of them displayed for the first time). It starts with the emergence and organization of the unification activities, the establishment of Secret Central Revolutionary Committee in Pazardzhik, the Unification declaration in Panagyurishte on 2 September 1885, the freeing on 5 September of the arrested Zahariy Stoyanov and Petar Zografski and the unification proclamation on 6 September in Plovdiv when the bells of Sveta Bogoroditsa church announced the fall of Eastern Rumelia. The last 3 tableaus illustrate the participation of Pazardzhik citizens in the Serbo-Bulgarian War, the support provided by locals to the Bulgarian army, the thank you letter sent by Pazardzhik citizens to the officers and soldiers from the Sheynovo Regiment that passed through the town, a decision of the Pazardzhik Town Council for funding the celebratory meeting of Bulgarian army forces, celebrations of 50th and 100th anniversary of the Unification.
Several windows showcase cultural artefacts owned by Pazardzhik History Museum, National Museum of Military History (co-organizer of the exhibition) and Stanislav Dospevski Art Gallery – Pazardzhik as well as digital copies of documents related with this historic event kept at Pazardzhik History Museum, Archives State Agency, Ivan Vazov Public Library – Plovdiv, State Archives Pazardzhik Directorate and Historical Museum – Panagyurishte.
The exhibition will be opened until 15 October 2015 at could be visited within the museum opening hours.
***
Pazardzhik History Museum would like to express its gratitude to all of the above mentioned organizations that participate in the exhibition.