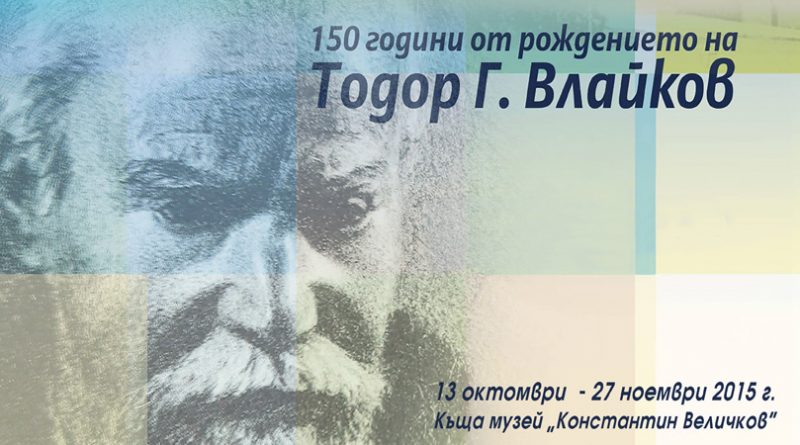 On 13 October 2015 at 17:00 in the House Museum Konstantin Velichkov will open the documentary exhibition of the National Literature Museum Morale in Life and Politics commemorating 150 years from the birth of the brilliant writer and influential public figure Todor Vlaykov.
The exhibition has been prepared with materials from the funds of the National Literature Museum and the Scientific Archives of the Bulgarian Academy of Science. Its author is the literary historian Rumyana Pencheva that for over 20 years has been researching the life and work of Todor Vlaykov. For the first time will be displayed manuscripts, personal belongings and autographed books from the personal library of Vlaykov. The exhibition is organized under the auspices of the Bulgarian president Rosen Plevneliev. It has been officially opened in the National Assembly by its president Tsetska Tsacheva on the birth date of Todor Vlaykov – 13 February
The current year has been announced as anniversary one and a lot of other initiatives and activities have been planned to commemorate the eminent Bulgarian such as scientific conference as well reissue his most important literary and opinion journalism articles among them.
The exhibition will be housed at the Historic House Museum Konstantin Velichkov, 6 Teodor Trayanov str. and is open to visitors until 27 November 2015 every workday from 9:00 to 17:00.